FRIDA: A PROSTITUTE ONLY? 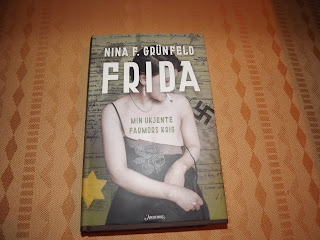 «FRIDA. Min ukjente farmors krig» is the title of an interesting book written by the Norwegian writer and film director Nina F. Grunfeld. The book was published in 2020 in Norway but printed in Riga, Latvia. The content of the book is the story of Frida Grunfeld who was the grandmother of the author. She was Jewish, she was forgotten, she was a secret to her family and above all: What happened to her at the end of the Second World War?

-You may approach the book if you are interesting in searching after reports of your own familiy.The writer is publishing reports about her own private experience in finding her forgotten grandmother.She has worked for years making contacts with different official archives in many countries searching for facts about a prostitute who happen to be the mother of her famous Norwegian father, Berthold Grunfeld. How to approach the archives and how to get information are a profession where personal experiences and knowledge in international librarianship are needed.

-You may approach the book if you are interested in a combined study of the poverty of any society and a research after your own family. The story of Frida is not only a story of the Jewish people in Europe before the Second Word War,but also a report of family problems among the poorest of the poor in society including the Jewish societies.
What about the title of my essay? Was she a prostitute only? The few facts given the writer before she went on a journey searching for her grandmother was that she was only a prostitute presenting in a negative way. But was she a prostitute only? We have few facts to deal with but she acted as a prostitute for more than ten years officially. She was not rich at all. She did not make must money. She was all her life poor.

After having read parts of the book once more, I must present my own assumptions about her activities in the field of prostitution with refererence to her personal contacts with Michal Neischl and his illegal group. The secret police of Slovakia had arrested members of an illegal group who worked for an independent Slovakia. Frida is only 22 years of age. She was arrested because she had contact with Michal Neischl. Those who are involved in any illegal resistance group or work have to act according to some standard rules: Never stay to much at one site.Move from one place to another as often as you can. Collect information all the time by contacting people when they are relaxed and making love. You must know as little as possible of the persons with whom you are working. The work of prositution is a perfect tool for those who want information. Even today secrets agents are trained in seducing people sexually for information. Frida was the perfect agent for collecting information because she is just a poor prostitute without any importance at all.
For your information only: Michal Neischl joined the secret police of Slovakia after the Second World War. He was a qualified person for the work but he died before he could give facts about his contact with Frida.

-You may also approach the book making an attempt to understand the tragic life of poor prostitutes because Frida does not finish her work by making money fucking men as a street prostitute. No. She has been exploited, misused and arrested many times for prostitution. Why was the secret police interested in a young and poor prostitute at all? My private assumption is that the police thought she might have contact with unknown illegal political gruops?- only my private observations.
- You may approach the book if you want to learn about holocaust. The writer connected the story of Frida to the history of holocaust and the concentration camps situated in different European countries. The history of holocaust must not be forgotten.

FINALLY- CONCLUSION
The story of the research after Frida is a thrilling story. You learn a lot about the hard work of the writer who went on for years with her work. She was fed up of the work but she went on searching for her forgotten grandmother, the prostitute who gave away her son without making a good life for the boy and a lady whose photo is still unknown. Exploited, forgotten,lost and left as a nervous wreck when she was taken to a concentration camp where she was killed. Above all: You are informed about the dramatic life of the son of Frida who escaped death twice due to people who wanted to help Jews before the war. Berthold Grunfeld was sent to Norway before the war. He became a doctor, famous in Norway, and he educated himself as an expert in sexuality. 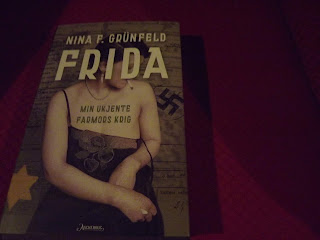 PS
If you are interested in the viewing movies dealing with prostitution, sexpionage, honey trap operation, spies and espionage fiction, I can recommend movies like:
" Red Sparrow ",  " Die Schøne Spionin", or "The Spy" and the movie about Christine Keeler: " Scandal" from 1989
and the movies about Mata Hari. Good luck.