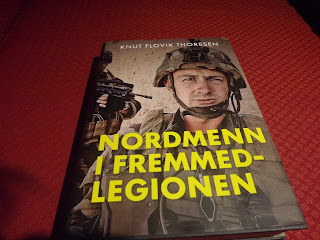 Let one of the boys who left Norway bound for France to join the Legion tells his own story:”…I am waiting for a plane bound for the City of Nice ( The City of Nice is located in the southern part of France).From Nice I take the train to a town Aubagne. The Headquater of the French Foreign Legion is situated in Aubagne …. I am making an attempt to enlist in the French Foreign Legion…”.  The boy who wrote the letter to his parents was twenty-nine years of age when he decided to leave Norway for the Legion. He was not a teenager. His name is published in the book: Johannes Hartmann who had served in the Norwegian army already. He wanted a change in life only. The life in the Legion was no problem for him because he had a military training already. Johannes Hartmann served the Legion from 2010 to 2015 as a paratrooper in 2REP. Those who join the Legion for economic reasons are not coming from Scandinavia but from countries in the Eastern Europe. Former soldiers from countries in Eastern Europe are paid about 100 EURO monthly at home while in the Legion they are paid about 2000 EURO monthly. Besides they can be granted French citizenship after having served the Legion for five years.

When Norwegian sailors joined the Legion before the Second World the main reason was not to become a citizen of France. No. Many of the sailors had enjoyed the party life in bars located in the harbors for too long time. When the ship had left the harbor without the young sailor, he joined the Legion to make a living for five years. The stories published about the untrained sailors making a life in the Legion are stories about unqualified persons who should not have enlisted at all. It is seldom you read such stories to-day because the official standard and qualifications of those who want to join the Legion, are high. No drunken sailor or former criminals are accepted any more- that is past and 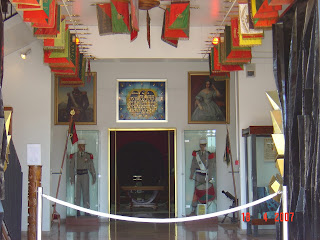 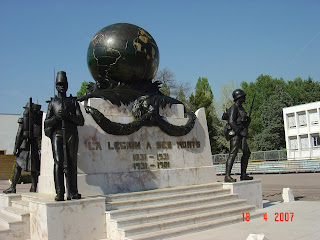 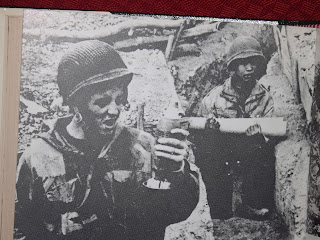 Reading the stories about the young boys who had survived the time in the Legion create a wish for more detailed information. Maybe the writer of the book is already making preparations for another book contenting more facts about the life of the former legionaries?
Posted by Teddview Audiovisual Archival Management (TAAM) at 6:11 AM